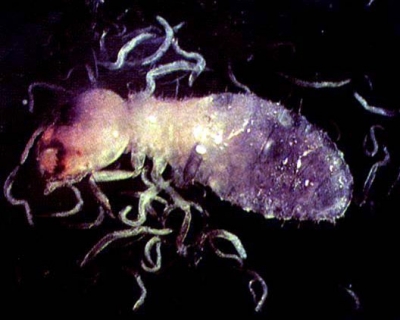 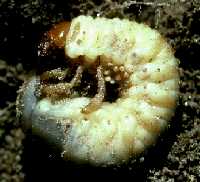 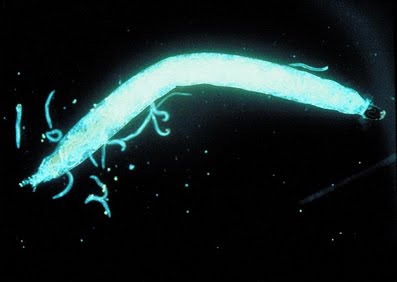 Be the first to review this product
Product ID: SCSF10
Price:
$32.95
The selected item is out of stock, please select a different item or combination

Are most effective against Japanese Beetles, Grubs, Weevils, and many other target pests in lawn and garden. They burrow down in the soil to a depth of 7", have shown superior host-seeking abilities in looking for deep soil- dwelling pests.

Beneficial nematodes infest grubs and other pest insects that are known to destroy lawns and plants.

Nematode Application: For 50 Mil., 100 Mil., and 150 Mil. Nematodes packaged in an inert powder carrying material that dissolves in water. Applied one teaspoon of the beneficial nematodes per gallon of water. Application in using a watering can, backpack sprayers, pump sprayers, irrigation systems, hose-end sprayer, or motorized sprayer. After mixing the nematodes with water, use the spray solution immediately. Evenly spray the solution over the ground areas to be treated. Continuous mixing should take place in order to prevent the nematodes from sinking to the bottom of the container. Keep the soil slightly moist during the first 7 days after application to help establish the nematodes in the soil. Sprinkle the turf or soil again with water after the application of the nematodes. Apply nematodes as soon as possible for best product performance. You may keep the package of nematodes in the refrigerator for up to 3 weeks upon receiving the product.

Nematode Application: For 10 Mil. Nematodes packaged on a sponge. Place the entire sponge in a bucket add two quarts of water, squeeze sponge for a few minutes to get the nematodes out of the sponge. Discard the sponge and pour the bucket of water into a sprayer or watering can. Add another gallon of water to dilute the nematodes and to make up the volume for your sprayer. The 10 Mil. Nematodes can only be kept for up to 3 days in refrigeration.

Steinernema feltiae nematodes are the product of choice when your problems concern more active, shallowly occurring pests of fungus gnat or mushroom fly larvae, root aphids, etc. These nematodes feature a shallowly-present habit like S. carpocapsae, but an intermediate active-hunting “cruising” characteristic which may make them superior to many other species for the purposes specified. In fact, due to their shallow-cruising nature, S. feltiae are said to be the best nematodes for fungus gnat larvae and root aphids They tolerate cold better than the others as well.
Price:
$42.50

The beneficial nematode Steinernema kraussei and provides a rapid curative control of black vine weevil. It has the added advantage of being cold-temperature tolerant. Will control black vine weevil larvae in soil temperatures down to 41°F.
Price:
$149.00

Heterorhabditis bacteriophora are the beneficial nematode of choice when your problems concern all types of grubs, Japanese beetle larvae and Japanese beetles. These nematodes boast a deep-moving active-hunting with cruising characteristic which make them superior to many other species for grub control and Japanese beetles.
Price:
$29.95