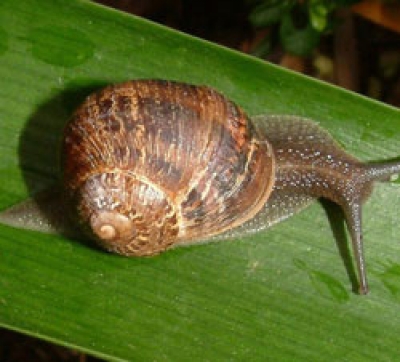 Be the first to review this product
Product ID: DSRD
Price:
$0.00
Product is out of stock
Tweet

Not available in California north of the Tehachapi Mountains.

THE DECOLLATE SNAIL IS A PREDATOR OF SLUGS AND BROWN GARDEN SNAILS.

Control infestations of small and medium brown garden snails with decollate snails. Decollates also eat old leaf mulch, but they do not eat healthy plants. During the day Decollates live in the first few inches of moist top soil, leaf mulch or under rocks. As the sun goes down they come out to hunt your slugs and snails. Decollates move about the garden looking for the egg masses of the slugs and snails, and attacking the smaller brown garden snail. A Decollate snail lives for about 2 years and lays about 200 eggs a year. Once it is released and working it is most often the last time you will ever need to spend money to fight the brown garden snail. Over a period of time your slugs and snails will be brought under control without the use of poisonous chemicals. The snails will be dormant when you receive them.

If the Decollate snails are dormant and not moving around, then place them in a pan or bucket and run cool water over them for 2-3 minutes. Drain off the water and place them in a moist, shady area where brown snails are present. Decollate snails will burrow into the soil for the winter. Allow time for them to work; it may take up to 2 years for heavy brown snail problems to be eradicated. Obviously this is a long term investment requiring patience and diligence, but the reward is a permanent depression of the snail population. In time it will nearly eliminate the brown snail population. To facilitate the process, disperse the decollate snails in several locations where organic matter is plentiful. Use about 100 per normal size yard or 1000 per acre.